A factory needs a chimney!

... that today two material witnesses of the brickyard, which was founded in 1921 on the Kesselt Plateau by Alfons Nelissen, still remain standing? The chimney and a section of wall on which you can still read, in huge letters, ‘Parementsteenen’, in the writing style of the time. It is the express wish of the Nelissen family that these figurative witnesses remain on the factory site and that they continue to remind passers-by of the pioneering years of Nelissen Brickworks. Alfons Nelissen had a saying: A factory needs a chimney! Gaston Nelissen always remembered that, and he insisted that the chimney should not and must not be demolished. And it hasn’t been. 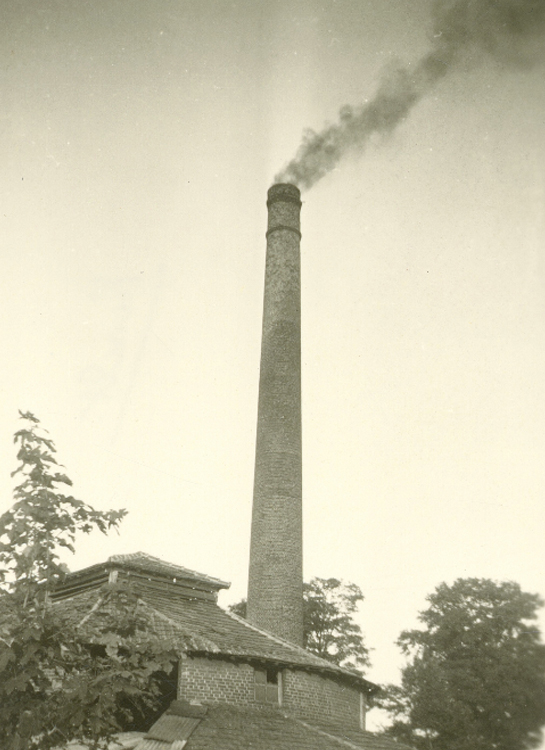 The chimney belonged to the ring oven that replaced the field kiln. Originally, it was 37 metres high, but later some 5 metres was broken off its top.Today, the chimney is a beacon that can be seen far beyond Kesselt. 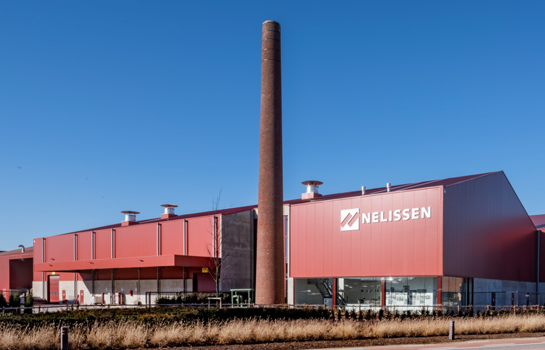 Another physical remnant of the original brickyard is part of a wall which, at the time, served as an entrance gate to the brickworks in Kesselt. Written on the wall is what Alfons Nelissen and his descendants continue to accomplish successfully to this day: Making facing bricks, or briques de Parement!  These are not natural stones but bricks that were shaped by hand. Today, this process is almost entirely automatic. ‘Parementsteen’ is the general term for facing bricks. They serve as an elegant and distinctive facing for the façade of a house, a block of apartments or any other building constructed from bricks. 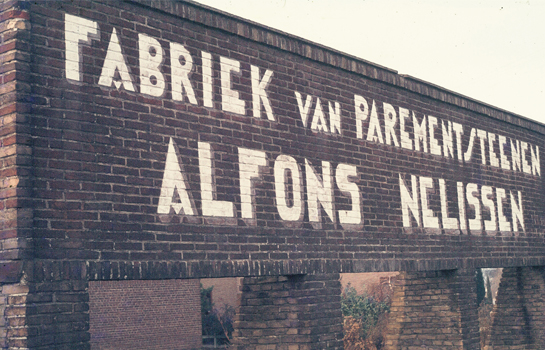 Actions
Stories
Did you know…