Part of the village

The Nelissen brickworks is not a remote island in the small parish of Kesselt. On the contrary, the factory is inextricably linked to the village. It is part of the village, and in turn the village sees the family business as an ambassador, putting Kesselt on the global map.

The factory is connected to Kesselt and vice versa. “In its 100 years of existence, the brickworks has remained close to the village. The Nelissen family is not above but amongst the people! There is no distance between Nelissen and the village”, says Marino Keulen, major of Lanaken, the municipality that Kesselt has been a part of since the fusion in 1976.

He personally feels a strong connection with everything that involves Nelissen. Marino used to live right across the factory until he was 34. He never worked in the factory, but his brother, however, is still employed there. “Half of the original employees came from the village. The other half were relatives. Today, some of their children are still working there. And now, part of the employees come from all across Limburg and abroad”, he states.

The Nelissen family was and still is a benefactor for the village. Maria Nelissen, Alfons's eldest daughter, set the example. "Many boys were altar boys, including me", the mayor reveals. “Therefore, we were always invited to Maria's villa for a Saint Nicholas party, where we received small gifts. One year it was a fancy pen, the next year a hole punch. We even got Suske & Wiske comic books.” Nelissen went to construction fairs, including Batibouw, the largest in our country, "their annual high mass," he adds. “The booths were a window to the world. Ladies from the church choir and the Kesselt farmers' union welcomed visitors with a pint of beer or a cup of coffee." On top of that, the family has sponsored the local football club for many years: KVC Kesselt! Gaston Nelissen of the third and his son Burt of the fourth generation at Nelissen Steenfabrieken were chairperson of the football club. Carlos Jorissen, Burt's nephew and one of the three current CEOs at the helm of the brickworks, is also involved in the club. 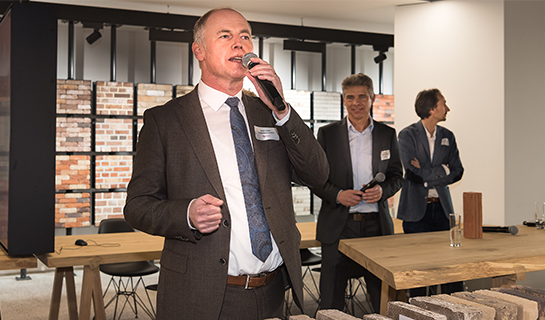 The family was also involved in politics in Kesselt. Mathieu Nelissen, the eldest son of the brickworks' founder and a second-generation descendant who died in an unfortunate accident, was committed to his village’s local politics. He was immediately elected. When he noticed that the College of Aldermen at the time was not doing enough for the inhabitants of Kesselt, he knew what to do and stepped down from the council. However, the political bug also got the better of his son Gaston Nelissen, who became a councillor and alderman in the municipality of Lanaken.

Nelissen is a strong brand in the brick industry. The rock-solid quality, the range and the colour palette of the bricks made Nelissen famous. "One day I heard Carlos on the radio," says Marino. “He had just returned from a successful foreign mission. He talked about the brickworks’ success, supplying bricks all the way to the Urals in Russia. Nelissen puts Kesselt on the map.” Nelissen is also no longer unknown to certain ministers of the Flemish government. The following anecdote bears witness to that. “It involved a Spatial Management Plan that had to give Nelissen extra oxygen," he explains. “They were all staring at the map of Kesselt. However, it was upside down. I turned it around right in front of them until the map was correctly positioned. This allowed them to properly assess the actual situation and now they all know where to find Kesselt!"
Что нового