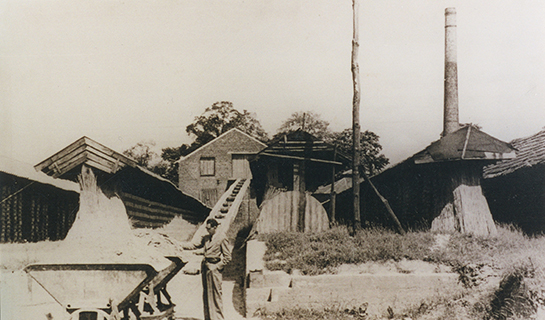 On 8 October 1921, Alfons Nelissen obtained a permit to establish a ‘permanent brickworks’. But how on earth was he supposed to shape and bake bricks?

He had no idea! Although he was a blacksmith, Alfons was open to a new challenge. Being open-minded and eager to learn, he wanted to master the entire process from clay to brick. One Sundays, the only day off, he got into his trusty Minerva (Belgian car brand). He then crossed the border into the Netherlands and drove to the brickworks in neighbouring Maastricht. Here he talked to the kiln stoker, who explained how the bricks needed to be placed in the kiln and the steps of the firing process.

From field kiln to ring kiln

He began with a field kiln and brick shaping with a hand press. A skilled worker could shape up to 5,500 bricks a day. The bricks were laid out to dry in rows on the ground in the open air and then transported to the kiln by wheelbarrow or horse and cart. The only problem with a field kiln is that the bricks could only be fired during the summer. The invention of a ring kiln meant that the bricks could be produced all year round. The founder of Nelissen Brickworks brought in a man named Keyers to work as a stoker. He in turn told his boss that he knew a highly talented hand-press expert: Gerhard Stratermanns from Thorn, the ‘white town’ close to Roermond!

At the time, brick makers travelled around Germany, the Netherlands and Belgium to hand make bricks and to teach the owners of brickworks how to shape the balls of clay into good bricks. Gerhard Stratermanns was one of them. He was known as a brick master. “My grandpa was one of the travelling brick makers who learned the craft in Germany. He gained enough experience there to teach others the tricks of the trade,” explains Gerard Stratermans, his grandson and former alderman and municipal councillor in Riemst. “He didn’t just travel around on his own. He brought his family with him. And that included my father. It was seasonal work. Outside of the brickmaking season, he worked on various farms, harvesting beets in the fields.” 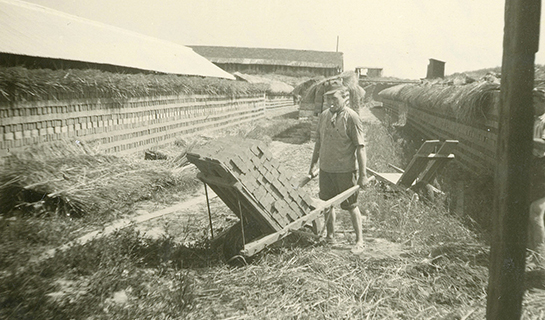 On 14 February 1927, Gerhard and his family arrived at the brickworks in Kesselt. Here he was given room and board. He stayed there for nearly three years. On 9 December 1929, he moved on. He had spent those years shaping bricks by hand. These were the very bricks that enabled the Nelissen family-run company to develop over the years into a major national and international player in the brick industry. The hand-shaped brick was the start of a method to produce and sell durable bricks that would last 100 years. He placed the bricks in rows on the ground to dry. They were then stacked and baked in a coal-fired kiln. 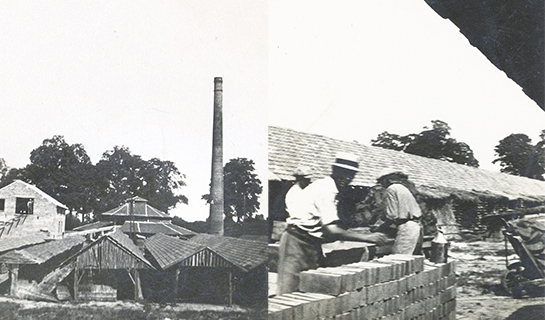 Paid by the piece

How many hours a day did he have to work? Hoe many bricks did he shape by hand? The contract signed between Alfons and Gerhard is nowhere to be found. However, it has been possible to obtain the contract negotiated between the brick master and one Jakob Durst, the owner of a ring kiln in the German town of Odenkirchen. Gerhard was paid by the brick and received his wages at the end of the week: 6.75 marks per 1,000 regular bricks and 9.5 marks for facing bricks! He was insured against sickness and disability, which was revolutionary in the 1920s. The owner of the brickworks paid for the insurance and deducted the payment from his brick maker's wages.
Что нового