Architect in the spotlight: BPAgroep

Ever drive through the Hoogstraat in Zutendaal? Then it's likely your eye is drawn to six special houses that you will find there. The reason? They were built with Nelissen's Dubio facing brick… a real eye-catcher!

The six semi-detached buildings erected in Zutendaal are the work of architect Hubert Bijnens (BPA Groep) and property developer John Hermans (Hermans & Co). A few years ago, they visited Nelissen's stand at Batibouw and their eye fell on the Dubio facing brick. The choice, however, was not easy… 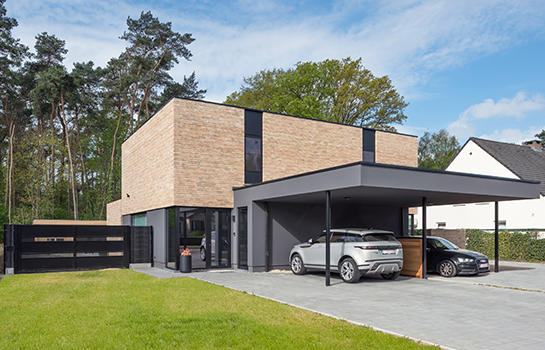 "John Hermans suggested using the Dubio for our joint project in Zutendaal," says Hubert Bijnens. "I agreed. The three colours you can choose from in the Dubio look terrific, but for this project, I was looking for a warm, soft ochre-based colour. We discussed this with the Nelissen staff and came to a solution. The Dubio was our choice but in a different stone colour, namely the Monet. As an architect at Nelissen, it's great that you can opt for co-creation on large projects," says Bijnens. 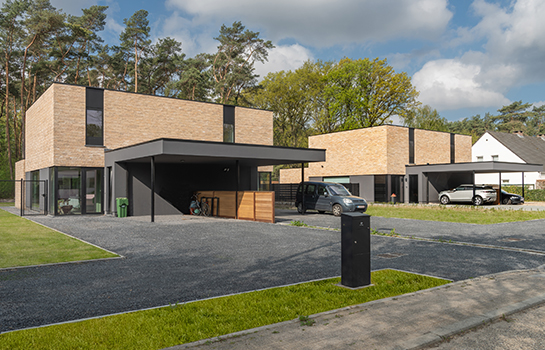 The Dubio was laid using a varied bond. "This is how we created a façade with a French natural limestone look, which gives the buildings a soft and warm appearance. Besides facing bricks, we used Crepi in a brownish/greyish colour as a second material. The interaction between the rough texture of the Dubio and the uniform, even whole of the Crepi creates a beautiful result in terms of colour and structure." 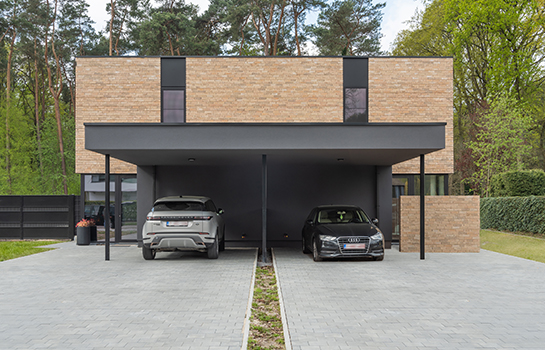 Dubio as a luxury choice

The semi-open buildings have the allure of forming a single whole. "We didn't just want to 'glue' three times two units together. And the building structure itself? We preferred to keep it simple. This meant we could keep a tight rein on construction budgets, which in turn allowed us to make other more luxurious choices, such as the Dubio." 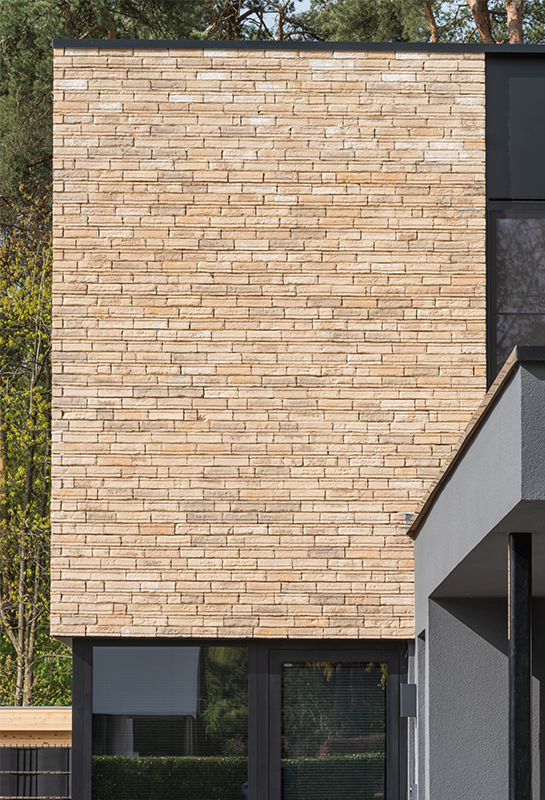 For architect Hubert Bijnens, it was the first time he had used the Dubio in a project. "I'm very happy with the result! When I stand in front of the façade, it doesn't look dull to me but is quite a lively façade. And when the sun shines, the whole thing really comes into its own."

Overall it looks beautiful, but Bijnens wants to do better in every new project. "At the end of the ride, I'm never 100% convinced about the result. I want to do even better in the future. It's usually about details, but I will always find something I'd do differently next time. Which project will I ever be fully satisfied with? Hopefully, the next one," laughs Bijnens.