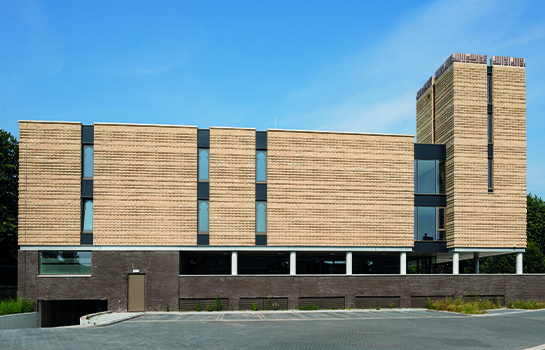 Contemporary yet timeless, with great attention to detail. This is how Frans van den Hout and Arno Kolen, founders of van den hout & kolen architecten, describe their architecture. The Tilburg-based firm boasts a diverse portfolio of small and large residential and non-residential construction projects. The firm recently added a special building to its list of achievements: the El Feth mosque in Tilburg, a powerful, contemporary building inspired by many illustrious examples in Morocco. On a side note: Charcoal used the same sand-coloured Monet facing brick from Nelissen Steenfabrieken for a social housing project in the nearby municipality of Dongen. It’s remarkable how the same facing brick suits very different building styles.

The plans for constructing a new mosque for the Moroccan community in Tilburg were 14 years in the making. The long-awaited building will finally open its doors this summer. The new mosque is a striking, contemporary building that is also in keeping with Moroccan tradition. 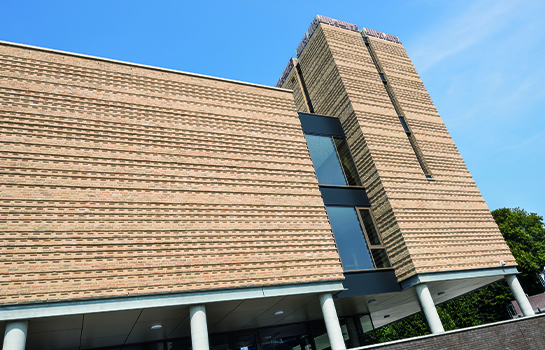 An old industrial building had to be torn down to make way for the new mosque. van den hout & kolen architecten used this opportunity to optimise the site’s landscaping.  “By rotating the floor plan, which is oriented precisely towards Mecca, the park at the back is more visible from the street, and the building’s profile is also enlarged,” explains Frans van den Hout. “This gives the building a powerful yet modest position in its surroundings. For the design, I was inspired by the historical mosques in Morocco. The mosques in Marrakech are square and rough with a sandstone skin and a coarse, somewhat weathered appearance. That’s why I chose Nelissen’s pale yellow Monet facing brick. Its coarse structure and fine, uneven grain in the sanded surface made this brick exactly what I was looking for. I wanted to create a tactile façade that’s not too smooth and austere. By placing the bricks both vertically and horizontally, the large façade surfaces take on a graphic, almost modernist appearance. The result is a very contemporary building that is part of the city of Tilburg. That was, by the way, the client’s express wish.” 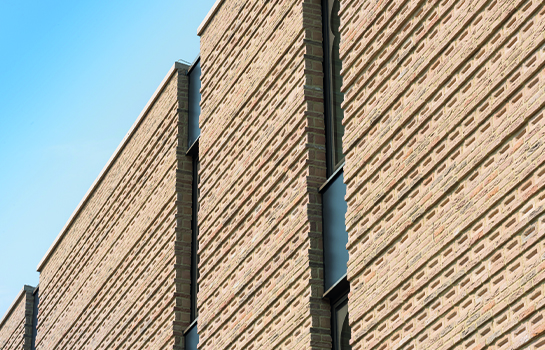 The challenge was mainly in the area of programming. After all, a mosque is much more than just a place of worship. It’s a community centre with classrooms, reception halls, retail space, etc. A car park under the building was also part of the assignment. “We are quite proud of the finished product. As a western architect, you don’t often get the chance to build a mosque. It is indeed a special project for our firm,” says Frans van den Hout. 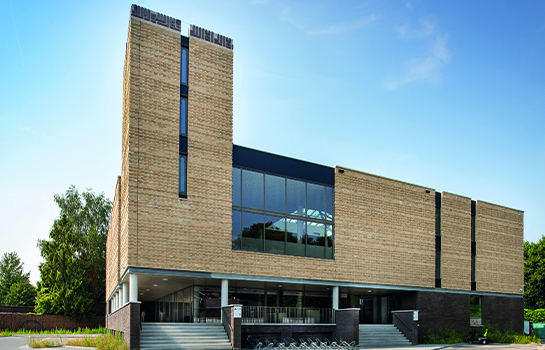 Just outside Tilburg is Dongen, a small municipality where van den hout & kolen architecten realised a social housing project in the Trappistenstraat. It is executed in the same facing brick as the El Feth mosque in Tilburg. It consists of three apartment buildings spread over a long strip of 200 metres. The façades of the buildings meet the Dutch standard for Nearly Zero Energy Buildings (nZEB), and the apartments are built according to the principle of Zero Energy Building (ZEB). “The new buildings are located within the same urban development framework as the apartment buildings that used to stand there and were demolished. But we were able to achieve an increase in scale,” says Arno Kolen. “The three buildings were each given their own identity but clearly belong to the same family. The floor plan of the apartments is the same; their individual identity is mainly expressed in the façades.” 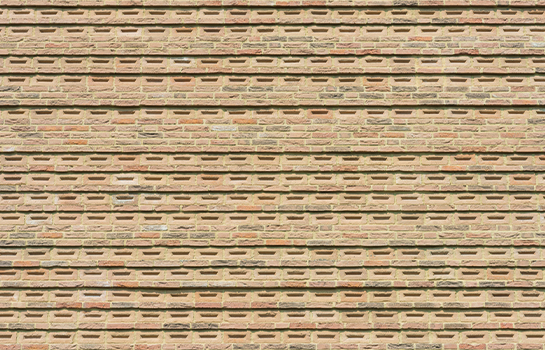 Here, too, van den hout & kolen architecten chose Nelissen’s pale yellow Monet facing brick. The colour refers to the monumental church a little further in the Trappistenstraat. “We play a graphic game of light and dark brickwork by combining the pale brick with the Grafit facing brick, resulting in an interesting layering effect,” concludes Arno Kolen.