From local family business to a major player on the international market.

1921
The Belgian government encourages industrialists to manufacture products that can facilitate reconstruction following the destruction caused during WW I. Alfons Nelissen responds to this need by manufacturing bricks. 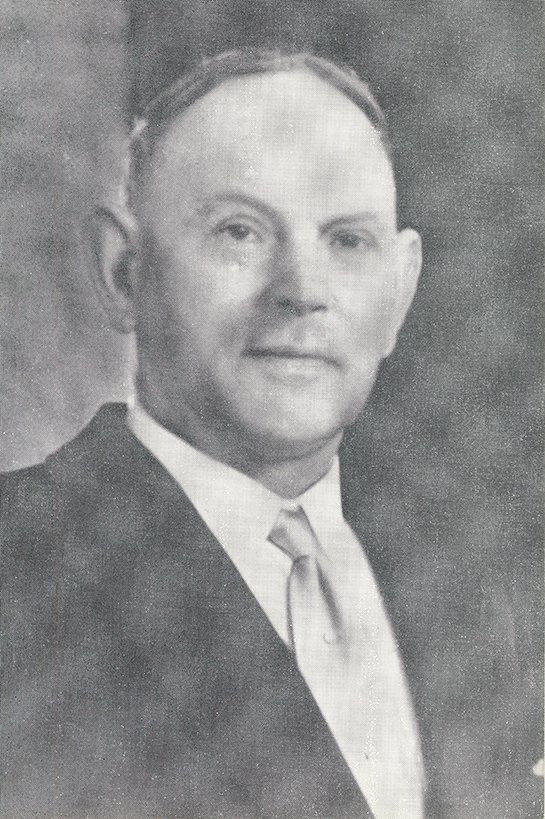 30s
The 2nd generation comes on board with Mathieu and Maria Nelissen. In 1937, an additional factory in Tienen allows an increase in production. Julien Nelissen will be responsible for day-to-day management.

Transport and stacking of bricks in the drying racks, a labour-intensive activity.
The Tienen-based site enables a substantial increase in production capacity. 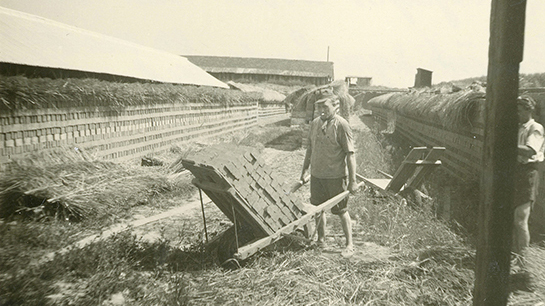 50s
The activity in Kesselt increases and the factory flourishes. Nelissen Steenfabrieken becomes an important employer.

Originally, the hand-made bricks were dried on drying racks in the open air…
… and then baked in a ring kiln. 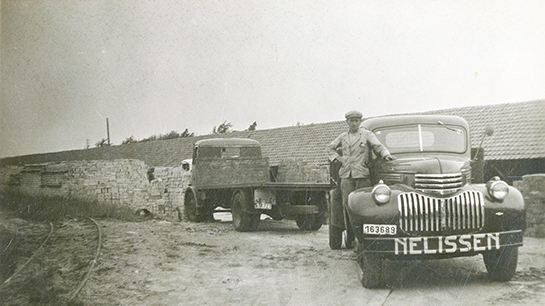 60s
The family business expands, not only because of the 3rd generation - Gaston Nelissen and Gisela and Guido Gevers - joining the company, but also because of the arrival of new industrial developments. The first tunnel kiln and dryer mean that production is no longer seasonal and production can continue throughout the year. 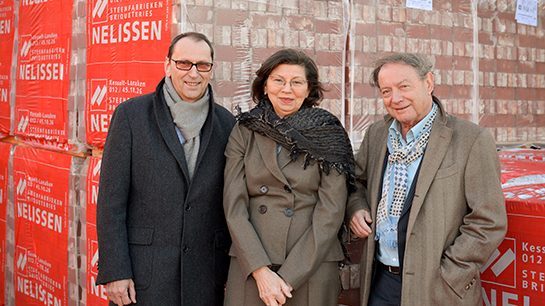 70s
Industrial machines for the production of hand-moulded bricks closely emulate the movements of the traditional, but labour-intensive hand-moulders.

Hand-moulders in action: the clay ball, dusted with sand, is  thrown into a mould and then excess clay is levelled off and the bricks are dried. 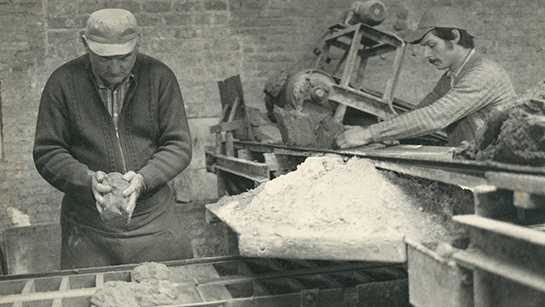 80s
Tienen’s management decides to close the factory. Activities continue in Lanaken. Through the construction of additional drying rooms and the arrival of industrial machines for the production of hand-moulded bricks and a fully automated tunnel kiln, as many as 40 million bricks can be produced annually! 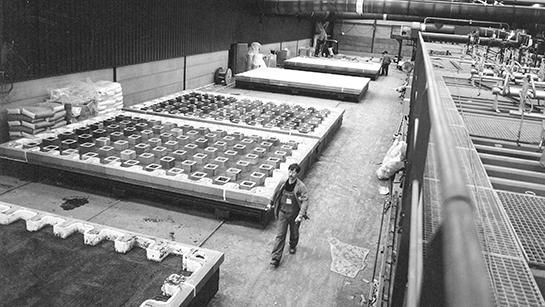 90s
A top-quality highly regarded final product has always been a priority. Achieving standards, such as the BENOR label and the NBN EN ISO 9001 standard was, of course, a must. More is invested and a totally new production line is built: new fully automated  machines to produce hand-moulded bricks, drying rooms, setting machines and tunnel kilns become operational. This enables capacity to increase to 120 million bricks! 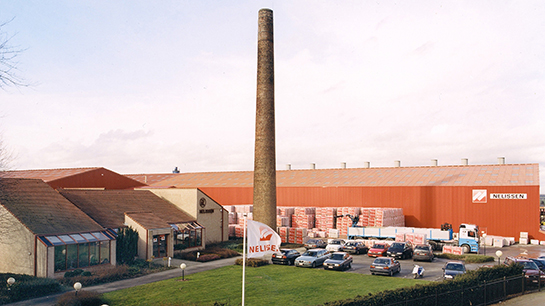 2003
The year of the expansion! Not only to neighbouring countries, but Nelissen ventures further still! 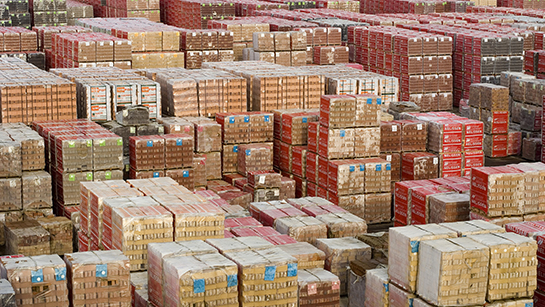 2005
The construction of new drying rooms… 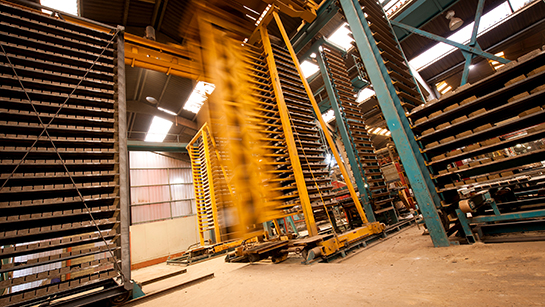 2006
… and the commissioning of the 4th fully automated tunnel kiln increase output to 160 million bricks. 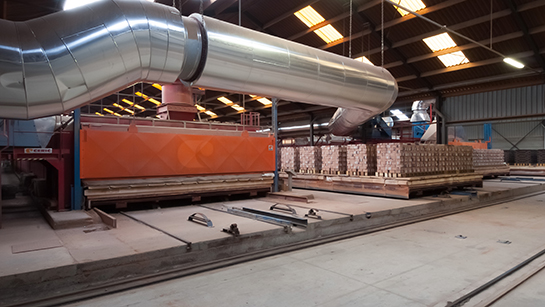 2008
Through the launch of the Iso-Façade system, Nelissen diversifies to meet the growing demand in the renovation market and the trend of using new and energy-saving construction techniques in the new-build market.

2013
The growing demand for brick slips results in an expansion of the Creative Ceramics Department. A new production hall, with industrial sawing machines, is added to the activities. 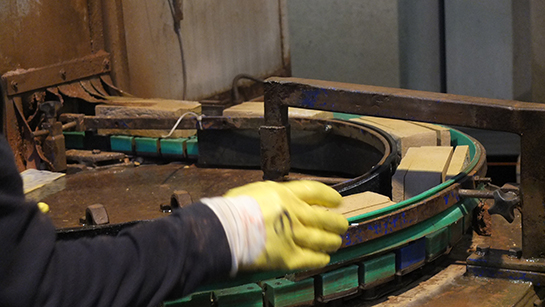 2014
Nelissen Steenfabrieken remains a true family business and therefore an important employer in the region. Nephews Carlos Jorissen, Burt Nelissen and Joeri Gevers, descendants of the 4th generation, take over the helm. The company continues to focus on export: Nelissen facing bricks find their way to countries all over the world, including Scandinavia, Russia, the Middle East, Japan … 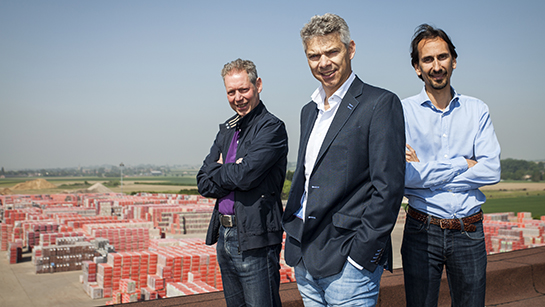 2015-2017
As well as the classic brick size, Nelissen introduces the N70, a beautiful and exclusively sized facing brick. The 10th drying room is built, increasing the capacity to 165 million bricks a year.

2018-2019
As well as investments in production, attention is also paid to increasing efficiency, by updating the industrial machines for the production of hand-moulded bricks and drying rooms and the modification and renovation of the kilns and packaging machines. The ultramodern new office complex, in which we welcome you today, is put into use. This is how, today, we are able to send 180 million bricks to the market every year.