Architect in the spotlight: Architectenbureau Chiapparo 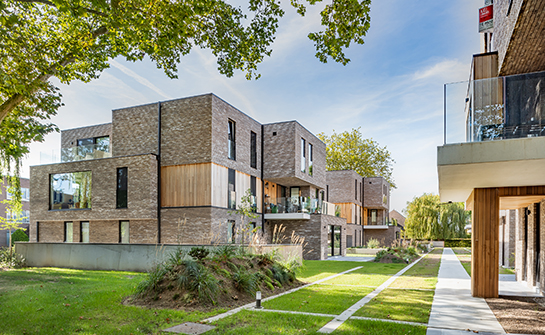 Would you like to enjoy a green environment but still live close to the city? Park residence Sparrenhof in Sint-Niklaas offers the best of both worlds. The plot, which had previously been a part of the former Debaere villa garden, houses 35 low-energy apartments in a natural neighbourhood. Architect Serge Chiapparo chose to use the N70 brick for the façade. “Working with Nelissen, we decided upon a colour combination that allows the project to transition seamlessly into its green context.”

This is a sustainable housing project for those who like to live in a green environment yet still be able to take advantage of having a city nearby: this is the Sparrenhof park residence in a nutshell. The project has six separate residential blocks with a total of 35 apartments. An underground parking garage has 46 garages. The project uses energy thoughtfully. Architect Serge Chiapparo of Chiapparo firm of architects: “Each building block is equipped with a common groundwater heat pump installation with deep drilling. This allowed us to optimise the heating installation. Each apartment also benefits from passive cooling, while solar panels provide almost all the energy requirements of the heat pump. All this results in a particularly favourable E-level, great comfort, and low energy costs for the residents.” 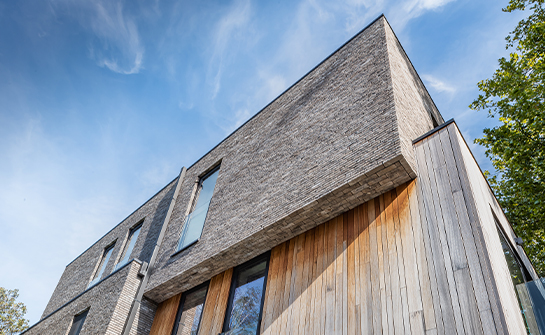 The plot is part of the former garden of a spacious villa, which is still located at the rear of the site. Lots of greenery guarantees a park feeling. “The six separate residential blocks are connected underground by one large parking garage. We had an intensively planted roof garden placed on top of the garage, and the tall trees were preserved. All the building blocks are different and oriented unevenly, giving the living spaces a free and spacious perspective, creating the feeling of living in a park. 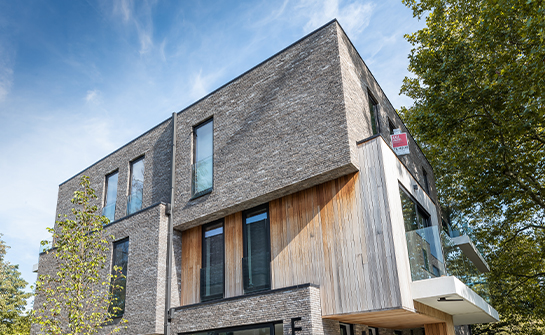 The architectural team continued the natural feeling through their choice of materials, specifically with their selection of N70 facing bricks. “Due to the green character of the site, we deliberately included the natural aspect in the choice of materials from the outset. We discussed the brick choice with the people from Nelissen and colour nuances were immediately put together in the showroom according to our wishes. The combination of light grey, beige-grey and mouse-grey shades allows the project to blend in nicely with its surroundings.” 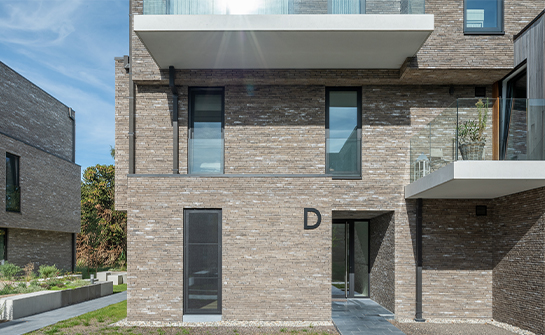 Algemene Ondernemingen D’Eer, a construction company from Sint-Niklaas, was responsible for the project implementation. At the end of the construction process, the contractor submitted the project for the third edition of the Fier Bouwen award (2019), which is awarded by the East Flanders General Contractors Association and the East Flanders Construction Confederation. And they did so with success because the Sparrenhof park residence was named as the winning project. The jury praised the project and the smart building methods employed. “The building was compact, and there are no towering apartments. In addition, it was developed with respect for the existing greenery”, noted the jury chairman. 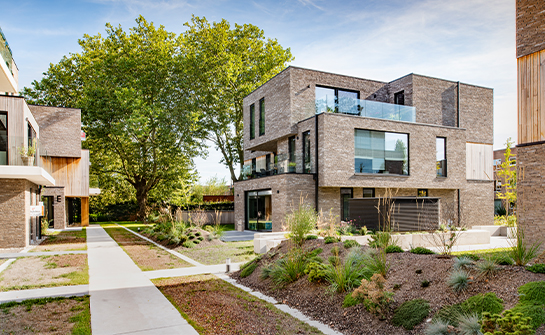