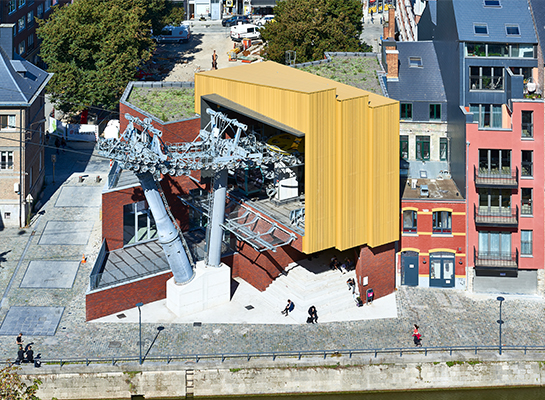 A new cable car was recently built to connect the famous Citadel of Namur to the city centre. At the lower cable car station (city centre), a new building – designed by architectural firm Contraste Architecture – was constructed and integrated in an existing building. For the façades of the new building, both the city and the architects opted for the ‘salto’ facing brick by Nelissen Steenfabrieken.

The city of Namur had long been looking for a solution to make the Citadel more accessible for the people of Namur. Besides the considerable difference in level, the Sambre and Meuse rivers also impeded easy access. A new cable car – annexe building – now provides a smooth connection between Namur city centre (lower station) and the Citadel (upper station). The city decided to award a 30-year concession for the design, construction, maintenance, and operation of the entire cable car project. Architectural firm Contraste Architecture from Wanze collaborated on the design with colleagues at Pierre Maes & Associés. 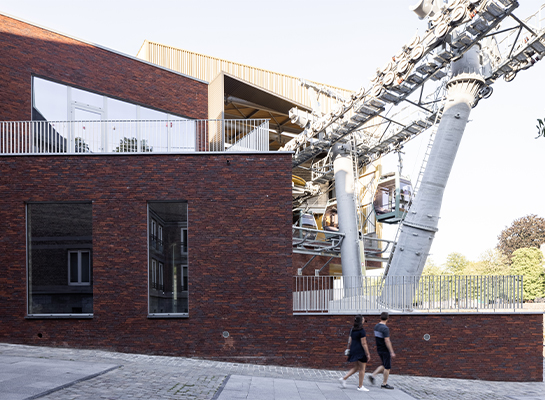 The construction of the cable car and the realisation of the new section of the building required the demolition of an old building that housed a municipal childcare facility. What’s more, since the cable car would be located above the Sambre and Terra Nova site, trees on the slopes had to be cleared. The lower station – arranged around the entry to the cable car (reception, waiting room, boarding areas, a restaurant) – was conceived as a volume integrated into an existing building. It also provides a fine example of upgrading the public space. 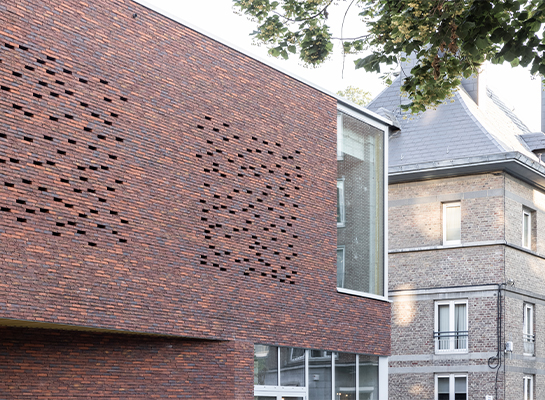 The solid architecture of this space, which leans against the existing building, is gradually ‘disengaged’ at the rear, providing resting places and a lovely view of the Citadel. The angular, bold space contrasts with the clean lines of the existing building. At the rear, the new building extends into three volumes with dynamic lines that integrate the cable car’s technical components into the newly constructed section. The simple form of the new section ensures that the public space is not overloaded. The single-storey building has specific cable car-related functions: a control room, ticket office, technical room, waiting room, etc. 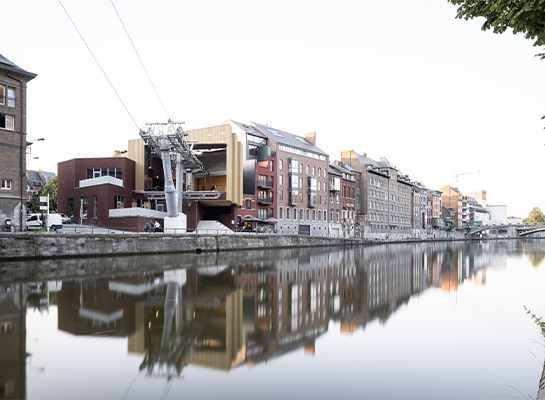 The city of Namur and the architects opted for ‘salto’, a red facing brick with a blue hue, by Nelissen Steenfabrieken to construct the façade. “The (non-perforated) facing brick (waalvorm 50) is sanded on five sides. One flat surface may be given a slanted oblong depression. The structure looks rugged with fine and irregular grooves in the sandy surface,” explains Roberta Melis from Nelissen Steenfabrieken. The ‘salto’ brick has a red base, and the hues vary from burgundy to purple with blue-violet tints. The facing bricks were laid using thin-bed mortar. 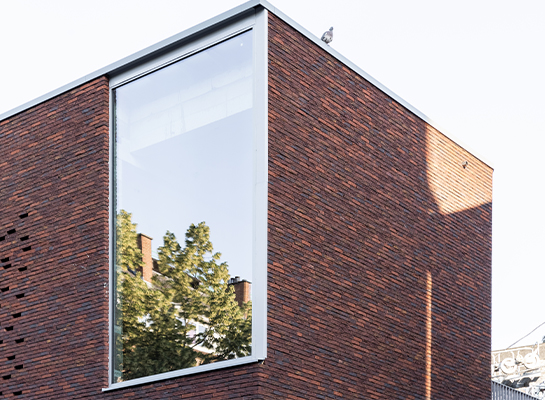